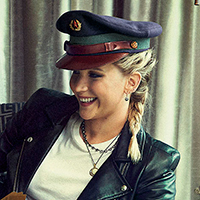 WELCOME TO JENATICS, YOUR SOURCE FOR OSCAR WINNING ACTRESS JENNIFER LAWRENCE, MADE BY A FAN. YOU MIGHT KNOW JENNIFER FROM HER ROLE IN WINTER'S BONE, THE ROLE SHE WON AN OSCAR FOR, SILVER LININGS PLAYBOOK, "THE HUNGER GAMES" TRILOGY, WHERE SHE PLAYS KATNISS EVERDEEN, OR AS RAVEN/MYSTIQUE IN THE REBOOTED X-MEN SERIES. HERE AT JENATICS, YOU WILL FIND THE LATEST NEWS, PICS AND INFO ABOUT MISS LAWRENCE! I HOPE YOU ENJOY YOUR STAY AND COME BACK SOON! WE ARE ALWAYS LOOKING FOR NEW AFFILIATES, SO PLEASE APPLY! THANKS FOR VISITING AND I HOPE TO SEE YOU AGAIN.

Thanks to Mouza at Chris Pratt Fan, I was able to add new stuff the the Passengers section in the gallery.

Her latest film Passengers is a sci-fi thriller set in space.
And Jennifer Lawrence, 26, looked out of this world when she attended a photocall for the film at Hotel Adlon in Berlin on Friday.
The Hollywood star showed off her cleavage in stunning black and white polka dot co-ords as well as a peak at her toned tum. Her cropped bandeau top had a small cutout section to draw attention to her chest, while the elasticated high-waisted skirt emphasised her tiny middle.She wore her long golden tresses in waves from a middle parting and decorated her eyes with thick eyeliner and smokey shadow.
Jennifer was joined by her co-star Chris Pratt, 37, who looked dapper in an all-black ensemble.
The pair stood side by side in front of the promo board and traded friendly glances.

Jennifer Lawrence has been on a winning streak with her red carpet style lately, and seems to be pulling out one showstopping look after another on the press tour for her film Passengers. Earlier today in London, the actress took the idea of holiday party dressing in a new direction, with an artful splatter-print black and red dress.

It was a clear departure from the princess-worthy Dior look she wore earlier this week in Paris, and the 3.1 Phillip Lim white skirtsuit she sported yesterday in Madrid. Today’s Proenza Schouler dress was cool yet elegant and totally fit the bill for Lawerence’s press junket appearance. With its asymmetric hem, the frock brought Lawrence’s toned legs into the picture without revealing too much. The festive ruffles were also right in line with the Latin-inspired trend we’ve seen on the runway in the past few seasons; indeed, her peep-toe stilettos were just the kind of shoes you could imagine on the floor of a chic tango dance hall.

Thanks to Mouza and AliKat for sharing all these amazing pics <3 Gallery Links:
– Events From 2016 > December 1st: Passengers Photocall, London, UK

I added scans of Jennifer in Entertainment Weekly – 19 August 2016. I also added 2 new stills of Passengers. Thanks AliKat and Mouza for these <33

Don’t you just hate it when you wake up 90 years too early from suspended animation and realise you’re on a spaceship, but the rest of the 5000 passengers are still safely sleeping? Well, that’s exactly what happens to Jennifer Lawrence and Chris Pratt in their new movie, Passengers, and judging by the trailer things are about to go from bad to worse.

JLaw and Chris wake up on the spaceship, Starship Avalon, on its 120-year voyage to a distant colony planet known as ‘Homestead II’. The ship has a malfunction in two of its sleep chambers and as a result, two hibernation pods open prematurely and the two people that awoke are husband and wife Aurora and Jim Preston, who are stranded on the spaceship, still 90 years from their destination.As the only two people awake they try and make the best of the situation by doing normal things like going to work and having date nights. In one scene, Jen is seeing unable to contain herself, and her emotions, as she clambers over a dinner table and throws herself onto her husband as they share a passionate kiss.

Watch the trailer below.

I added additional promotional pics and 1 poster of Jennifer’s upcoming movie “Passengers” to the gallery.

We’ve been hearing about Jennifer Lawrence and Chris Pratt’s sci-fi drama, Passengers, for a year and a half and now, after months and months of waiting, the first pictures from the film have finally been released.

Until now, we knew very little about the movie, aside from the cast and a brief description of the plot. In Passengers, Lawrence and Pratt play the only two people awake on a space craft, where 5,000 other passengers are sleeping in suspended animation—but then the ship starts to malfunction (because of course it does) and they have to save the day, the 5,000 sleeping people and themselves.

Entertainment Weekly premiered two images from the upcoming film, and we’re more excited than ever to see it. TBH, they had us at Jennifer Lawrence and Chris Pratt, but these new pictures have us very intrigued. In the first, Pratt and Lawrence look through an opening of some kind. What are they staring at? We can’t be sure, but we definitely want to find out.

There’s no doubt Jennifer Lawrence looked as glamorous as ever on Tuesday as she promoted her upcoming movie Passengers. The 25-year-old Oscar-winner oozed confidence as she posed backstage at the event.
An embellished paneled skirt and beaded strappy heels added a boho touch to her look and she wore her lightened locks pinned back off her face.
During the night she teamed up with her Passengers co-star Chris Pratt as the duo talked enthusiastically about the sci-fi adventure flick which is set for release in December.

Gallery Links:
– Events From 2016 > April 12th: CinemaCon 2016 An Evening With Sony Pictures Entertainment- Celebrating The Summer Of 2016 And Beyond

Welcome to Jenatics, your source for Oscar winning actress Jennifer Lawrence, made by a fan. You might know Jennifer from her role in Winter's Bone, the role she won an Oscar for, Silver Linings Playbook, "The Hunger Games" trilogy, where she plays Katniss Everdeen, or as Raven/Mystique in the rebooted X-men series. Here at Jenatics, you will find the latest news, pics and info about miss Lawrence! I hope you enjoy your stay and come back soon! We are always looking for new affiliates, so please apply! Thanks for visiting and I hope to see you again.

Jenatics is the site made by fan for others Jennifer fans. I don't have any contact with Jennifer or her management. All materials on this website belong to their original owners. Jennifer-l.com is not reserve any copyrights to photos and media. Only to the design on main page and photo gallery.

Find out more or adjust your settings.

This website uses cookies so that we can provide you with the best user experience possible. Cookie information is stored in your browser and performs functions such as recognising you when you return to our website and helping our team to understand which sections of the website you find most interesting and useful.

Strictly Necessary Cookie should be enabled at all times so that we can save your preferences for cookie settings.

If you disable this cookie, we will not be able to save your preferences. This means that every time you visit this website you will need to enable or disable cookies again.